BLOG www.pjnelsonco.com
busineeslive.co.za
Don't be too nice...
How to get everyone on side
Lack of government planning on UBI
No use being nice
Friday, September 11, 2020 - 13:44 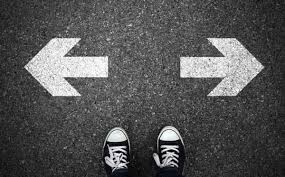 When helping people decide on life choices, the art is not to tell them what they should do even if you know what you would tell them but to try and lead them into making that correct choice themselves. The adage of “A man convinced against his will is of the same opinion still” and “You can lead a horse to water…” still applies. And as Freud pointed out, some of the directing forces may come from repressed feelings a person is not aware of, often with a sexual orientation people do not understand or would not admit to. So people still have to make choices even if they get it wrong.

Similarly, humanity is facing its largest challenge over the last century if not for ever. With the two world wars it could predicted that they would end at some time, yet with the Corona virus no one is able to make such a prediction and some contend that it will remain around for the foreseeable future destroying countries and their people along the way. The normal flue despite vaccines being available for years is still around and people will continue to die particularly in the more vulnerable aged groups.

Consequently world leaders have two choices on the way they wish to go forward. The first is to lock up and contain the virus as much as possible until some time a vaccine could be developed. The second is to let it take its course throughout the community putting a curtain only around the most vulnerable age groups most likely to die. Most of these are over 80 and two thirds of the deaths in Victoria, Australia were in age care homes. Journalist Andrew Bolt in the Daily Telegraph of 3 August, to the ire of other "shock jocks" also pointed out that 40 percent of age care residents die within nine months anyway with the average stay under three years all of which is a bit difficult to admit. It does however support the Swedish model of allowing the virus to take its course automatically dissipating within the community while containing the borders. The latter illustrates a course which might be better in the long run rather than decimating an economy triggered by allowing a few serious isolated incidents to get out of control. This especially when an eventual virus might offer inadequate protection, such as illustrated where the current flue vaccine still allows a yearly winter spread, but whole economies are destroyed and mental health take its toll.

Which of course gets to who should make the decision between this life or death pathway? The pandemic hit under governments which existed at the time. Will politicians "Fight them on the beaches...?" Or will they only introduce temporary measures? Winston Churchill was elected Prime Minister in 1940 only after the start of the Second World War. The interesting question now arises as to whether politics will rise to the occasion and judge the actions and responses of existing politicians to the pandemic or whether there will be sweeping changes triggered by their actions to date whether logical or not? Will there be a big change in leadership now to tackle this war or not. Either way voters are a fickle lot just as Churchill found being replaced by Prime Minister Clement Attlee's Labor Party as soon as the war was won, seen as more likely to spend more in reconstruction. So who will win this war and how about the peace?